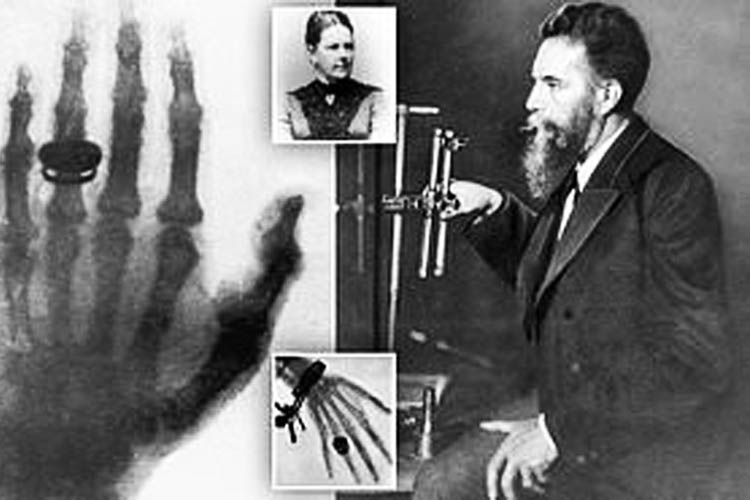 History of X-Ray Machine and Its Inventor Röntgen

From first-generation machines to films to the cutting-edge digital x-ray machines, a lot of advancements have been made in the field of radiography. Many got early diagnoses, received proper treatment, and lived happy lives thanks to x-ray machines. But how did it all start? What led to the discovery of this revolutionary machine, and who was behind it? Let’s briefly discuss all of this below:

From Inception to the Modernization of X-Ray: X-rays were discovered by the Nobel Prize winner; Wilhelm Conrad Röntgen in 1895. After that, many significant and revolutionary discoveries have been made in this field. In 2010, some researchers tested the first-gen X-ray machine from 1896 and found that the radiations it produced were 1,500 higher than the radiations of modern x-ray equipment.

Moreover, the time needed for the patient to say under the radiations was 90 minutes for these first-generation machines, while the modern equipment only requires 20 milliseconds for the same. Except for some blurring, the century-old machine surprisingly provided good images with precise anatomical details.

This was the first time these drastic changes were seen between the old and new x-ray machines. Since then, several innovations have been made, and this technology has become more sophisticated, especially with the futuristic digital x-ray machines.

It is evident that the x-ray technology has come a long way with dramatic improvements and significantly lower image processing and radiation-exposure times making it safer for humans.

Now that we talked a bit about the history of x-ray machines let’s discuss the life of the father of this technology. Surprisingly, Röntgen never completed college and didn’t even get a high school diploma – which explains why he never finished college. Anyways, despite the credentials, he became a renowned physicist, and in 1969, he even got a Ph.D. from Switzerland’s finest, University of Zurich. Right after this, he got several offers to teach at universities.

Many of the students and colleagues referred Röntgen as a genius or scatterbrain because he used to jump from topic to topic during his lectures, but what can we say genius breeds insanity! Anyways, most of the famous experiments done by Röntgen, including the x-ray, were carried out in secret without any witnesses.

There is a famous saying; great things happen when you least expect them, which perfectly describes the discovery of x-rays. Röntgen was not even looking for something like x-rays, he was experimenting with cathode rays in his lab to prove that if the rays are powerful enough, they can also penetrate glass. But instead, he discovered a new ray that he temporarily named X-ray.

When by chance, Röntgen discovered x-rays, he slept and ate in his lab until he further investigated this new finding. It is safe to say that he was very private about his research and discoveries because he even ordered his findings to be destroyed after his death.

Whatever people might think about Röntgen or his accidental discovery, we have to accept that x-rays have changed medical science. Some of the hard to diagnose issues ranging from cancers to small fractures can now be identified, and lives can be saved.

Röntgen lived a quiet and private life and didn’t leverage his success and discoveries to become famous and rich. In fact, he never patented his most popular invention, which would’ve made him loads of wealth. Röntgen even donated all of his Nobel Prize money to a university.

In the end, we can only say that even an x-ray cannot help us understand how the brain of a genius works; this secret stays with them like Röntgen. 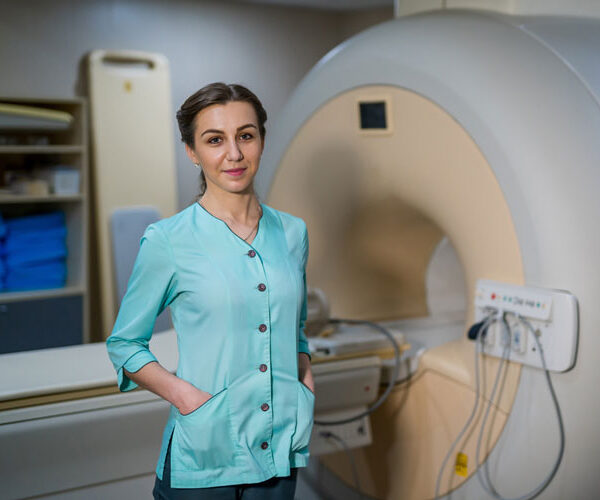 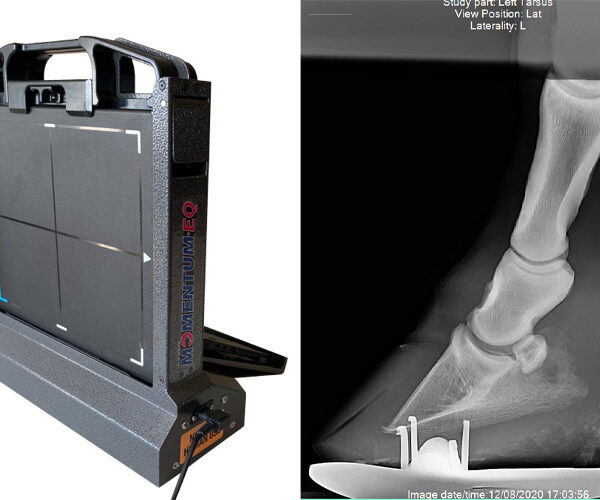 Momentum EQ: What to Expect of the Gen3 HD Cesium Panel? 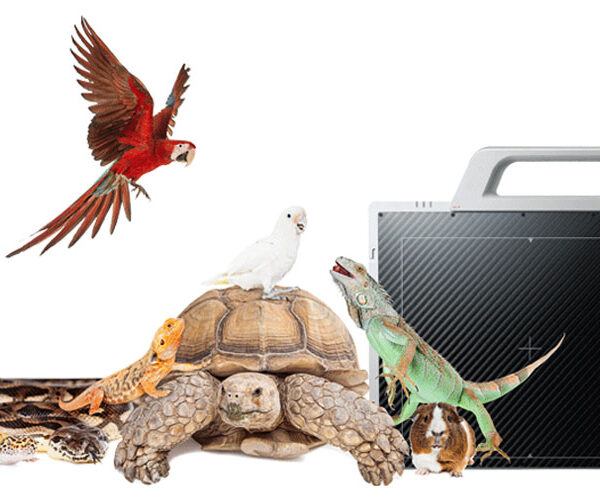 Richard Mulligan
20:03 05 Jan 23
Our experience with this company at Williams Vet has been excellent. They are very responsive to questions and informative in their responses, technicians are on time, and they do good work. We will continue to use Custom X-Ray for all of our x-ray needs!

Katherine Ruffenach
15:44 07 Nov 22
Been working w/ Custom for a couple of decades. They sell an array of products suited to individual needs. It is very nice to have a consistent point of contact, who can respond in an appropriate time frame. When I call, they know me and my company.

Kayla Boyer
19:44 27 Sep 22
Tech was very professional, cared about my personal safety while he was working. Gave me a thorough description of the new Fed requirements. The office is always so great about calling to schedule our service as well - Thanks to all of you from all of us at Animal Medical Center of Casa Grande!!!

Amc ofcasagrandeRapport
23:26 15 Sep 22
We are opening a new medical practice and have received exemplary service from Shawna and her team. Customer service is valued and it shows. I will recommend this company to others.

Alicia Raschillo
17:40 08 Sep 22
Our small animal veterinary clinic (Midtown Animal Clinic) has used Custom Xray twice now - once for a DR plate installation, and once for a Panoramic Dental Xray unit. Each time, we've been happy with the service, the installation, and the products themselves. I cannot say this loudly enough: BUY THE PANORAMIC DENTAL UNIT. It saves so much time compared to the traditional dental x-ray units.

Midtown Animal Clinic
18:31 14 Jun 22
Getting rid of old x-rays is never easy unless you call Custom X-ray! They drop off barrels for the films and picked them up and hauled them away. Quick, easy and done. Always great service no matter what the job is. Thank you to everyone at Custom X-rays. They really have stuff together from the office to out in the field. AZ Choice Chiropractic

Cynthia Brown
16:15 25 Apr 22
Gabe has been servicing my x-ray unit for years. He is amazing! Gabe goes above and beyond to make sure I am taken care of. Additionally, the office staff at Custom X-ray is always helpful. Shawna especially is helpful with whatever needs I have. I highly recommend this company.

Dana Staggs
16:13 22 Nov 21
I recently purchased a digital x Ray system for our office and am extremely satisfied with the product and the quality of the images and ease of use of the system. The entire process from purchase to installation and staff training was efficient, professional and seamless. I highly recommend Custom X Ray Digital for any medical practice needing a modern digital x Ray system.

Brian Hutcheson
21:33 29 Sep 21
I cannot think of a more knowledgeable professional group that is patient, kind, and understanding. They are not only Custom X-Ray Digital Equipment Sales and Service they family. They listen to understand your needs and provide you with durable quality equipment for years to come. 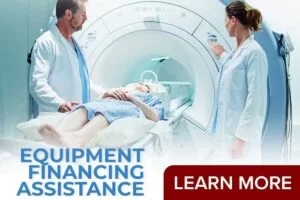 Request Quote Now
Thank you for your interest in our products or services. For Faster Response call (800) 230-9729. Our staff is standing by to help.
Powered by

Service Request Form
Thank you for your interest in our service. For Fast Response for Service call (800) 230-9729. Our support staff is standing by to help.
Powered by